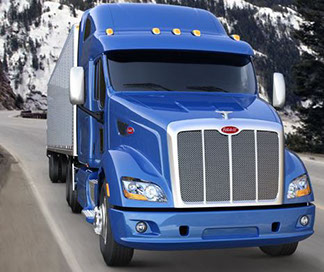 Peterbilt has reigned as  America  's premium quality truck manufacturer since the company's founding in 1939. Peterbilt manufactures a full line of Class 6-8 trucks, and is a leader in truck care after-market support and has built a respected network of independent dealerships in  North America . They are now owned by PACCAR, a multinational company that manufactures heavy-duty, on- and off-road Class 8 trucks sold around the world under the Kenworth, Peterbilt, DAF and Foden nameplates.

Peterbilt has been in the Denton area since 1979. Halsey Manufacturing has served Peterbilt in the manufacturing of a variety of machine parts such as motor mounts, spring mounts, and clutch levers among others.  As the relationship grew over the years, Peterbilt relied on Halsey for other parts such as aluminum and steel castings and extruded parts leveraging Halsey’s knowledge and experience. Not only was Halsey competitive but the precision of Halsey’s work supported Peterbilt’s exacting requirements and commitment to quality.

2.Parts start from green sand casts with each casting making five or six parts. Since each casting is different they have to be accurately centered.

Halsey received a stream of orders not because the team was the lowest bidder, although they were fairly priced, but because Halsey has an understanding on how to locate these parts whereas other machine shops didn’t. This knowledge enabled Halsey to machine parts with greater precision leveraging their skills in correctly positioning them.

Most machine shops want to take the part and just move it up against the stop, then another and then another. CNC provides the luxury of being able to have a single set up and change a part in and out.  But with sand castings, this is impossible since each casting is different.  Halsey’s approached the challenge by locating the piece to be machined on a datum plane or a cored hole thereby accurately centering it and enabling precision and accurate machining to be performed.

Halsey was able to do leverage their experience in this arena coupled with their strategic approach and process and their apprenticeship training enables them to handle challenging machining problems and make them correct.

The additional advantage of being local, enabled them to address Peterbilt’s problems with immediacy.

A seven-year working relationship and the QA1 Quality Performance plaque from Peterbilt.  A stream of projects with at times over 30 annual contracts for over 30 different parts.  When you see a Peterbilt truck on the road you are sure to have 1, 2,3, or more parts made by Halsey in every truck. 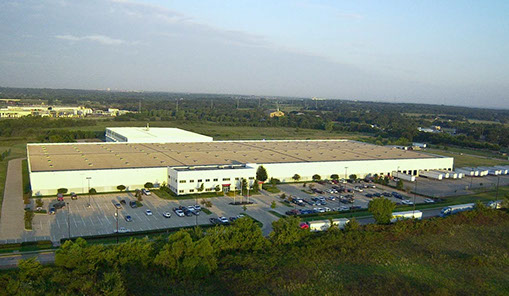 United Copper Industries, (UCI), a sister company of Cambridge-Lee Industries Inc., is a manufacturer of copper building wire. UCI manufactures copper wiring used in both residential and commercial construction markets. UCI has a a state-of-the-art production and distribution facility and plant in Denton, Texas. They distribute their products through electrical wholesale distributors throughout the United States.

UCI runs their manufacturing facility 24 hours a day, 6 days a week.  They have an extensive range of manufacturing equipment producing THHN / THWN, NM-B and UF type in different sizes and specifications. Machines are always subject to breakdowns.  UCI has a need to have these machines fixed on an immediate basis to maintain productivity and profitability. To go to machine manufacturer to replace worn or broken parts could take as long as 6 weeks.

Halsey Manufacturing has been able to manufacture or fix replacement part within a 1-2 day turnaround saving UCI an enormous amount of downtime.  Although not all the parts are within the realm of Halsey Manufacturing internal competencies, Halsey’s 25 years of experience and knowledge of the different facets of machining, enables them to facilitate UCI’s needs beyond Halsey’s capabilities.

Halsey has rebuilt several shafts with bearing problems to make them usable again.  In other cases they have completely manufactured new parts from UCI’s samples, drawings or broken and worn parts.  One other noteworthy example was a specialty screw where Halsey had to first have the bearing surfaces built up and then machined them back to the required specifications.

Halsey’s combination of experience, knowledge and resources has equipped them to creatively solve almost any dilemma or manufacturing breakdown UCI encounters.

The expeditious and precision results have significantly impacted productivity and profitability for UCI.

Adams Golf has transformed itself from a golf equipment component supplier and contract manufacturer to custom fitting and new product development and manufacturing. Adams Golf experience in research and development coupled with the response of numerous club designs and materials, led to the revolutionary “Tight Lies” fairway wood. All of the equipment at Adams Golf is designed and tested using a variety of sophisticated, state-of-the-art tools, such as CAD rendering, advanced mass property analysis and equipment durability testing. Almost 20 years ago, Adams Golf was founded with a commitment to providing the best possible golf equipment and the highest level of service to his customers. Today, Adams Golf continues the legacy of superior customer service and commitment to developing technologically innovative, superior performing products at a great value.

Adam’s Golf is a premier manufacturer of golf clubs for golfers on the pro circuit and for the amateur golfers.  They make a variety of clubs, anywhere from putters to drivers and all clubs in between.  The majority of the club heads are made off shore in China and then brought to the U.S. for assembly with club shafts, the grips, the packaging and assorted other required tasks.  Adam’s Golf also has an R&D facility in Plano that invents new equipment, checking the things that come in for assembly, and the performance of functionality tests with various testing equipment.

Adam’s Golf does not have an in-house machine shop.  Because of their needs for research development, enhancing assembly line productivity, and re-tooling when a new product comes on board, Adam’s Golf has specific requirements beyond what is normally available.

For example, Adams Golf wanted to develop a robotic putting machine.  It requires controlling the surface and everything that’s involved with controlling a putter by all the different positions and attitude the putter can have to hit a ball.  Adams needed to this in a repeatable and consistent basis while taking high speed digital photographs to evaluate club performance under different variables.

Adams Golf had an idea of what they wanted along with a rudimentary design. Halsey took the undeveloped ideas and rough drawings and added their out-of-the box thinking and creativity to develop a viable piece of equipment to accomplish the requirements and meet the specifications for Adams. Halsey went beyond the manufacturing and also undertook the assembly. Halsey developed detailed drawings, collaborated with Adams, confirmed the drawings, refined where necessary, to ensure everything would work right upon assembly. Halsey machined it, built it, assembled it, tested it, modified it, and reassembled it, retest it working together to arrive at the product Adam’s really needed.

Halsey brought a prototype idea into complete fruition … a usable device. Adams Golf now has a one of a kind, state of the art, robotic putting machine.  They can change the testing dynamics for whatever putter they test.

In addition, the golf industry has now been mandated to utilize a different test function for the manufacturing of their driver heads.  A test has been necessitated by the United States Golf Association to measure the trampoline effect of the new titanium drivers, i.e. the coefficient of restitution of the face impacted against the ball. Only a certain amount of reflex off the face is permissible to limit the player’s advantage. The mandate went into effect January 1, 2004.

Adams, wanting to be ahead of the curve, partnered with Halsey to develop, machine and make the new machine module. In addition, they created the device to be portable.  The portability was needed so that clubs could be tested on-site at PGA events. Until then, clubs could only have been tested at the USGA headquarters by having a golf ball shot out of a canon at the club face without the shaft with a high speed camera recording the impact.  Now the whole club can be tested in a matter of minutes and the players can rapidly return to their tournament. After Halsey built the first one, they perceived a need for many of these machines not only for tournament testing but for deployment at the manufacturing plants many of which are now off-shore.  Halsey continues to provide either the machine portion or the whole turn-key system to golf club manufacturers.